We asked the GCSC board to introduce themselves by writing their own biographies. 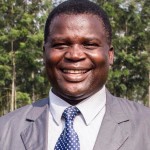 Brother Samson is a member of the General Church, and he is ordained Minster in the same church. Married to one wife (Jackline), blessed with five daughters, and two sons (one in the other life). He is the Bishop Representative and Regional Pastor of East Africa region. Samson and Jackline have adopted three children (Mary, Nancy, and Miriam) into their family and have been taking care of the orphans at Etora since 2007. His good experience in good leadership and love to all has propagated a lot of trust from the church members and the surrounding at large has let him to be overwhelmingly elected to oversee the GCSC home. He is a person of less supervision at work.

Brother George is looking forward to his forthcoming ordination as a General Church minister next year. He worked as the Head Master at the Riounde school. He is married to one wife (Eucabeth). He loves to serve under minimal supervision. He is a man of good. From his good experience to serve both young and the young adult/children, he was unanimously elected by the GC members here to serve in the offices.

Doris is a General Church member and a widow. She has done some good and recognized work of taking care of her children. She is a very good and reasonable leader in the New Church here.

She is a good leader of the New Church here and has shown much love to care for the orphans.

Reuben is a General Church member and a widower. He has some good and recognized work of taking care of his children. He is a very good and reasonable leader in the New Church here.

Brother Patrick had worked with the office of the Children rights department before his retrenchment. He is married to one wife (Irene), and he is a good at the New Church Etora Society as General Church member. He has a very good understanding of the orphanage homes and their care as this was his career. He is kind and not quick to jump on making decisions without consultations.

Brother Lazarus has been working for the Riounde orphans. He has a good experience of serving the orphans. He is kind and obedient to his work. He has joined the New Church.

They are General Church members and qualified and experienced to guard institutions and firms.