There have been some recent developments in Kenya that I thought you would all like to know about. The conditions in Etora are rough under normal circumstances, but the rainy season magnifies these conditions. The world becomes a mud bath. High winds and driving rain make it impossible to be outside.

About a year ago we moved the children onto the church property by putting up temporary housing made of corrugated steel. The building had two large rooms: one for boys and one for girls. After it was built, the Kenyan government inspected it and informed Samson they did not want the boys and girls living in the same building. Samson moved the girls to an older, existing, corrugated-steel building used for offices and storage, and he moved the offices to the new building.

Earlier this month Etora experienced severe storms. In the middle of one stormy night, the roof of the girls’ dorm blew off and collapsed on top of the girls. Most of the girls were injured, some severely. Fourteen of them had to be taken to the hospital in four privately-owned ambulances. Most of the injuries were lacerations; there were no broken bones. Thankfully our newly-hired nurse was able to come to the scene and help triage the situation. When I talked to Samson a couple of days ago he said eight of the girls were well enough to return to school, but six of them were still recovering.

We have enough money in our general funds to cover the expenses outlined below, but it will put a hole in our resources. I am sharing the costs with you in case you feel called to help. If you would like to contribute, please go to our General Donation page.

In my last report I mentioned the children’s hurtful interactions with members of the Riounde community. People from that community are trying to lure the children away from Samson’s care, and they actively threaten Samson and his family. We are concerned for everyone’s safety.

Our Build a Home campaign has collected enough funds for Phase I of the project: a brick perimeter wall. The wall is mostly built, and the workers will finish once the rains die down. Samson will be very relieved to have this security wall done in the next few months.

The collapsed roof and the threats from Riounde put pressure on beginning the next phase of the campaign which we had not originally anticipated. Samson is anxious to bring in utilities so the children have safety lights and won’t need to travel off of the property to collect water for cooking, drinking, and bathing. We are ramping up the planning stages of Phase II: bringing in utilities and building permanent dorms. The projected costs are listed below. We welcome any input you might offer, and we are looking for more people to become actively involved in the campaign. If you would like to contribute, please go to our Build a Home page. 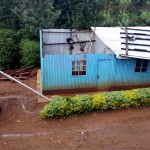 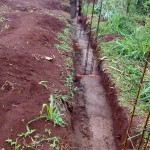 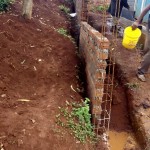 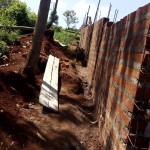 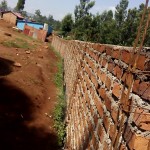 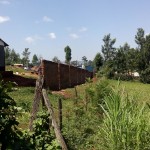 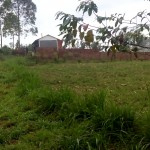 We knew when we started our cooperative/supportive relationship with the GCSC orphanage that the road would be a bumpy one. But I would like to end by reminding you of some goals we have already achieved:

Thank you for being part of the work we do. Every dollar, every prayer makes a difference in the lives of these children. I am a firm believer that it makes a difference to us as well. If you have any questions or feedback, please feel free to contact us.